Why did Allaah create mankind when He knows what their destiny will be, in Paradise or Hell?

Question: Why did Allaah create mankind when He knows what their destiny will be, in Paradise or Hell?

Allaah created Adam with His hand and breathed into him his soul created by Him, and told His angels to prostrate to him.

Allaah created Adam from dust, as He says (interpretation of the meaning):

END_OF_DOCUMENT_TOKEN_TO_BE_REPLACED

A glimpse at the Oneness of God

The Most Concise Definition of God:

The most concise definition of God in Islam is given in the four verses of Surah Ikhlas which is Chapter 112 of the Qur’an:

“Say: He is Allah,The One and Only. “Allah, the Eternal, Absolute. “He begets not, nor is He begotten. And there is none like unto Him.”

END_OF_DOCUMENT_TOKEN_TO_BE_REPLACED 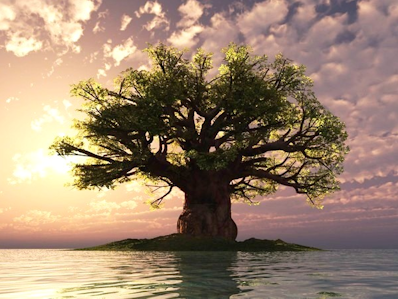 If good & evil exist then God must exist

In this short presentation, Hamza Tzortzis explores the idea that ‘If Good and Evil Exist, Then God Must Exist’. He starts this lecture by establishing key principles in order for everyone – atheist, sceptic, and theist – to connect with one another. He asserts that to truly engage with each other we must all suspend or discard our emotional and intellectual baggage formed as a result of our limited perspectives and experiences.  END_OF_DOCUMENT_TOKEN_TO_BE_REPLACED

Proving the Existence of Allah (Swt) to an Atheist by Dr. Zakir Naik

By Ibrahim Isa | Articles & Books, Library | No Comments
CONGRATULATING THE ATHEIST:
Normally, when I meet an atheist, the first thing I like to do is to congratulate him and say, ” My special congratulations to you”, because most of the people who believe in God are doing blind belief – he is a Christian, because his father is a Christian; he is a Hindu, because his father is a Hindu; the majority of the people in the world are blindly following the religion of their fathers. An atheist, on the other hand, even though he may belong to a religious family, uses his intellect to deny the existence of God; whatever concept or qualities of God he may have learned in his religion may not seem to be logical to him.

END_OF_DOCUMENT_TOKEN_TO_BE_REPLACED

Question: A non-Muslim friend of mine asked how I could prove the existence of God and why He has given us life, and what its purpose is. My answer did not satisfy him, please tell me what I should tell him?

Praise be to Allah

My dear Muslim brother, your efforts to call people to Allah and explain the reality of Allah’s existence make us very happy. Finding out about Allah is in tune with the sound fitrah (natural inclinations of man) and with sound reasoning. How many there are who, once the truth becomes clear to them, they hasten to submit to Allah (enter Islam). If each one of us was to do his duty towards his religion, a great deal of good would be achieved. END_OF_DOCUMENT_TOKEN_TO_BE_REPLACED

Have you ever asked yourself these questions?

People everywhere are asking the questions; “What is the purpose of life?” and “Why are we here?” You might be amazed to learn, that Islam is providing clear and concise answers to these questions.

Most of those who reflect or think about life in any detail will consider and ponder these questions. There are as many different answers to these questions as there are people asking the questions. Some would hold that the purpose of life was to acquire wealth. Yet suppose they were to acquire millions of dollars, what then would they claim is their purpose after doing so?

END_OF_DOCUMENT_TOKEN_TO_BE_REPLACED

THE QUR’AN’S ARGUMENT FOR GOD’S EXISTENCE

The Qur’an provides an intuitive and powerful argument for God’s existence: “Or were they created by nothing? Or were they the creators [of themselves]? Or did they create the heavens and Earth? Rather, they are not certain.”[1]

Although this argument refers to the human being, it can also be applied to anything that began to exist, or anything that emerged. The Qur’an uses the word khuliqu, which means created, made or originated.[2] So it can refer to anything that came into being.
END_OF_DOCUMENT_TOKEN_TO_BE_REPLACED

DOES GOD NEED OUR WORSHIP? WHY DID HE CREATE US TO WORSHIP HIM?

The best way to answer these questions is to first understand who God is in the context of worship. God by definition is the One who is entitled to our worship; it is a necessary fact of His own existence. The Qur’an repeatedly highlights this fact about God,

“Indeed, I am God. There is no deity except Me, so worship Me and establish prayer for My remembrance.”[1]

Since God, by definition, is the only Being that whose right is our worship, then all of our acts of worship should be directed to Him alone.

END_OF_DOCUMENT_TOKEN_TO_BE_REPLACED

NO GOD, NO VALUE

We all strongly feel and believe that human life has ultimate value. However, can we intellectually justify this non-negotiable feeling and belief we have? Islamic theism has the intellectual tools to justify the truth of our ultimate value. Conversely, atheism seems to face tremendous philosophical problems. In short, under atheism, we cannot rationally justify the very thing that defines our humanity. What follows is a brief philosophical account of why our sense of ultimate value makes sense under God, and why it doesn’t under atheism. The conclusion is simple: no God, no value; know God, know value.