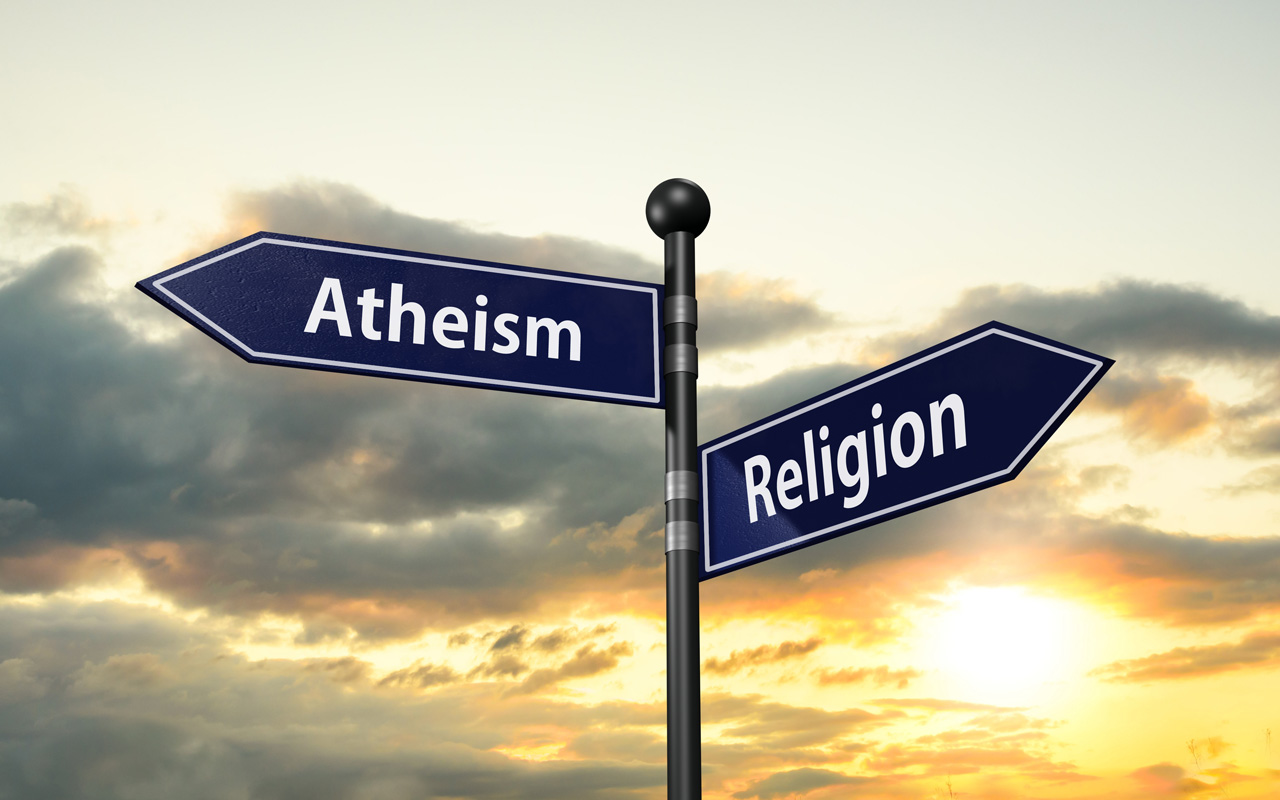 NO GOD, NO VALUE

We all strongly feel and believe that human life has ultimate value. However, can we intellectually justify this non-negotiable feeling and belief we have? Islamic theism has the intellectual tools to justify the truth of our ultimate value. Conversely, atheism seems to face tremendous philosophical problems. In short, under atheism, we cannot rationally justify the very thing that defines our humanity. What follows is a brief philosophical account of why our sense of ultimate value makes sense under God, and why it doesn’t under atheism. The conclusion is simple: no God, no value; know God, know value.

For Dawkins, an atheist “believes there is nothing beyond the natural, physical world”.[1] However, some atheist academics are not naturalists. Although these atheists deny the Divine, they affirm the existence of non-physical phenomena. For the theist, this type of atheism is—generally speaking—easier to intellectually engage with because they do not dismiss non-physical phenomena. In this respect, there is some common ground with theism. It is important to note that most atheists that assert evidence against God’s existence—or argue that there is an absence of strong evidence for the Divine—adopt philosophical naturalism, implicitly or explicitly.

In this respect, there is some common ground with theism. It is important to note that most atheists that assert evidence against God’s existence—or argue that there is an absence of strong evidence for the Divine—adopt philosophical naturalism, implicitly or explicitly.

What is the difference between a human and a snow man? This is a serious question. According to many atheists who adopt a naturalistic worldview, everything that exists is essentially a rearrangement of matter or at least based on blind, non-conscious physical processes, and causes.

If this is true, then does it really matter?

If I were to pick up a hammer and smash a snowman and then I did the same to myself, according to naturalism there would be no real difference. The lumps of snow and the pieces of my skull would just be rearrangements of the same stuff: cold, lifeless matter.

The typical response to this argument includes the following statements: “we have feelings”, “we are alive”, “we feel pain”, “we have an identity” and “we’re human!” According to naturalism these responses are still just rearrangements of matter, or to be more precise, just neuro chemical happenings in one’s brain. In reality, everything we feel, say or do can be reduced to the basic constituents of matter, or at least some type of physical process. Therefore, this sentimentalism is unjustified if one is an atheist, because everything, including feelings, emotions or even the sense of value, is just based on matter and cold physical processes and causes.

In reality, everything we feel, say or do can be reduced to the basic constituents of matter, or at least some type of physical process. Therefore, this sentimentalism is unjustified if one is an atheist, because everything, including feelings, emotions or even the sense of value, is just based on matter and cold physical processes and causes.

Coming back to our original question: what is the difference between a human being and a snowman? The answer according to the atheist perspective is that there is no real difference. Any difference is just an illusion—there is no ultimate value. If everything is based on matter and prior physical causes and processes, then nothing has real value. Unless, of course, one argues that what matters is matter itself. Even if that were true, how could we appreciate the difference between one arrangement of matter and another? Could one argue that the more complex something is, the more value it has? But why would that be of any value? Remember, nothing has been purposefully designed or created, according to atheism. It is all based on cold, random and non-conscious physical processes and causes.

The good news is that the atheists who adopt this perspective do not follow through with the rational implications of their beliefs. If they did, it would be depressing. The reason that they attribute ultimate value to our existence is because of their innate dispositions, which have been created by God, have an affinity to recognize God and the truth of our existence.

From an Islamic point of view, God has placed an innate disposition within us to acknowledge our worth, and to recognize fundamental moral and ethical truths. This disposition is called the fitrah in Islamic thought. Another reason we can claim ultimate value is because God created us with a profound purpose, and preferred us to most of His creation. We have value because the One who created us has given us value.

“Now, indeed, We have conferred dignity on the children of Adam… and favoured them far above most of Our creation.”[2]

“Our Lord! You have not created all this without purpose.”[3]

Since naturalism rejects the hereafter and any form of Divine justice, it rewards the criminal and the peacemaker with the same end: death. We all meet the same fate. So what ultimate value does the life of Hitler or the life of Martin Luther King Jr. really have? If their ends are the same, then what real value does atheism give us? Not much at all.

However, in Islam, the ultimate end of those who worship God and are compassionate, honest, just, kind and forgiving is contrasted with the end of those who persist with their evil. The abode of the good is eternal bliss and the abode of the evil is Divine alienation. This alienation is a consequence of consciously denying God’s mercy and guidance, which inevitably results in spiritual anguish and torment.

Clearly, Islam gives us ultimate value. However, under atheism, a value cannot be rationally justified except as an illusion in our heads.

Despite the force of this argument, some atheists still object. One of their objections involves the following question: Why does God give us ultimate value? The answer is simple.  God created and transcends the universe, and He has unlimited knowledge and wisdom. His names include The-Knowing and The-Wise. Therefore, what He values is universal and objective.

Another way of looking at it is by understanding that God is the maximally perfect Being, which means He is free from any deficiency and flaw. Therefore, it follows that what He values will be objective and ultimate, because this objectivity is a feature of His perfection.

Another objection argues that even if we were to accept that God gives us ultimate value, it will still be subjective, as it will be subject to His perspective. This contention is premised on a misunderstanding of what subjectivity means. It applies to an individual’s limited mind and/or feelings.

However, God’s perspective is based on an unlimited knowledge and wisdom. He knows everything; we do not. The classical scholar Ibn Kathir states that God has the totality of wisdom and knowledge; we have its particulars. In other words: God has the picture, we just have a pixel.

Seyyed Hossein Nasr, Professor of Islamic studies at George Washington University, provides an apt summary of the concept of human rights and dignity—which ultimately refer to value—in the absence of God:

“Before speaking of human responsibilities or rights, one must answer the basic religious and philosophical question, ‘What does it mean to be human?’ In today’s world everyone speaks of human rights and the sacred character of human life, and many secularists even claim that they are true champions of human rights as against those who accept various religious worldviews. But strangely enough, often those same champions of humanity believe that human beings are nothing more than evolved apes, who in turn evolved from lower life forms and ultimately from various compounds of molecules. If the human being is nothing but the result of ‘blind forces’ acting upon the original cosmic soup of molecules, then is not the very statement of the sacredness of human life intellectually meaningless and nothing but a hollow sentimental expression? Is not human dignity nothing more than a conveniently contrived notion without basis in reality? And if we are nothing but highly organized inanimate particles, what is the basis for claims to ‘human rights’? These basic questions know no geographic boundaries and are asked by thinking people everywhere.”[5]

Last updated 10 April 2017. Taken and adapted from my book “The Divine Reality: God, Islam & The Mirage of Atheism”.