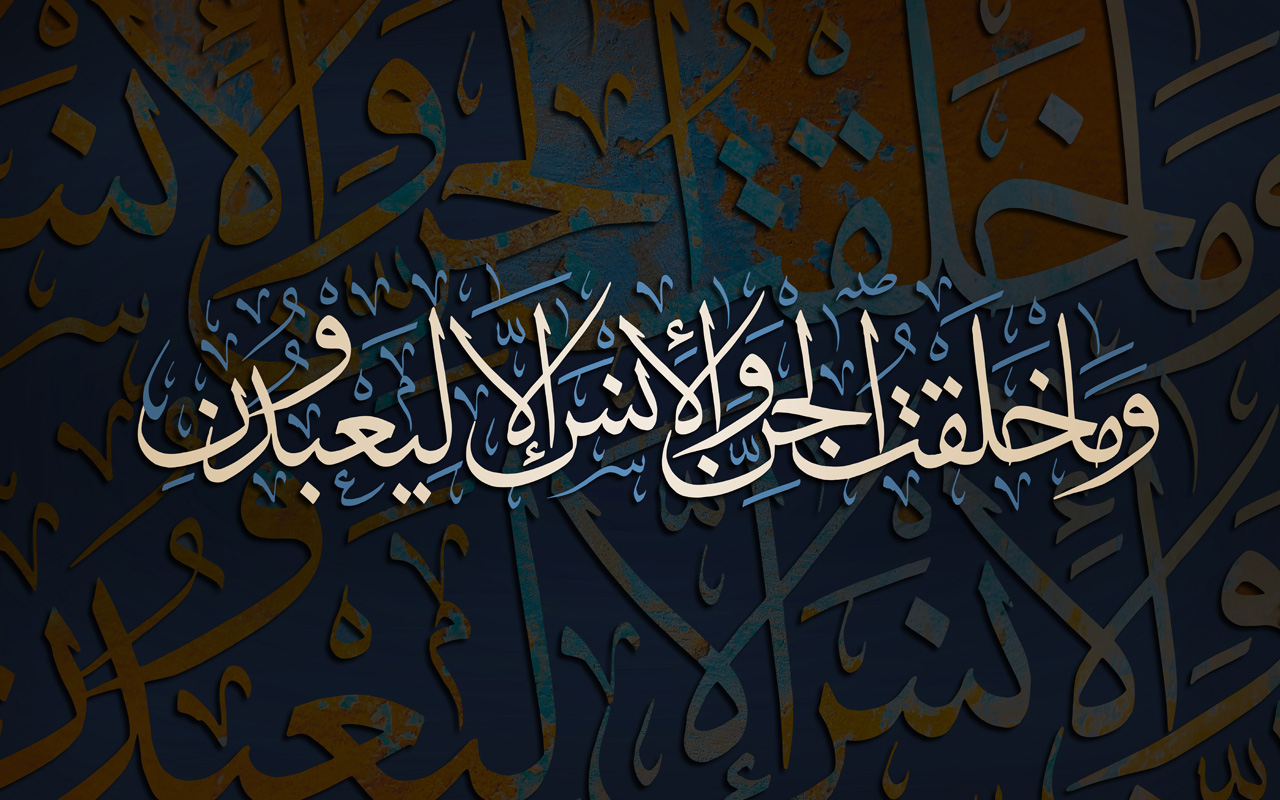 Why did Allaah create mankind when He knows what their destiny will be, in Paradise or Hell?

Question: Why did Allaah create mankind when He knows what their destiny will be, in Paradise or Hell?

The brother who asked this question – and whoever wants to know the truth – should realize that the purpose behind the creation of man and the creation of heaven and earth, is that Allaah, may He be glorified and exalted, may be known and that His Oneness (Tawheed) may be affirmed and that He may be obeyed.

Ibn Katheer (may Allaah have mercy on him) said:

i.e., I have only created them so that I might command them to worship Me, not because I am in need of them.

This was the view favoured by Ibn Jareer.

Many people are confused about what is wanted from the slaves of Allaah, which is adhering to His religion which He has chosen for them, and what is wanted for them, which is rewarding the obedient and punishing the disobedient. This is part of Allaah’s decree which will never be altered or changed.

Ibn al-Qayyim (may Allaah have mercy on him) said:

As for the truth which is the purpose for which He created them – i.e., the heavens and the earth and everything in between them – it is a twofold aim: what is wanted from His slaves and what is wanted for them.

What He wants from them: is that they should know Allaah and the attributes of His perfection, may He be glorified and exalted, and they should worship Him alone and not associate anything with Him, so He alone will be their God, the One Whom they worship and obey and love. Allaah says (interpretation of the meaning):

“It is Allaah Who has created seven heavens and of the earth the like thereof (i.e. seven). His Command descends between them (heavens and earth), that you may know that Allaah has power over all things, and that Allaah surrounds all things in (His) Knowledge”

He told us that he created the universe so that His slaves might know the perfection of His power, the all-encompassing nature of His knowledge, which requires knowing Him and His names and attributes and affirming His oneness.

This purpose is what is wanted from His slaves, which is that they should know their Lord and worship Him alone.

As for what is wanted for them, it is recompense on the basis of justice and divine grace, reward, and punishment.

“Verily, the Hour is coming __ and I am almost hiding it __that every person may be rewarded for that which he strives”

“In order that He may make manifest to them the truth of that wherein they differ, and that those who disbelieved (in Resurrection, and in the Oneness of Allaah) may know that they were liars”

“Surely, your Lord is Allaah Who created the heavens and the earth in six Days and then rose over (Istawâ) the Throne (really in a manner that suits His Majesty), disposing the affair of all things. No intercessor (can plead with Him) except after His Leave. That is Allaah, your Lord; so worship Him (Alone). Then, will you not remember? 4. To Him is the return of all of you. The Promise of Allaah is true. It is He Who begins the creation and then will repeat it, that He may reward with justice those who believed and did deeds of righteousness. But those who disbelieved will have a drink of boiling fluids and painful torment because they used to disbelieve”

For more information on the wisdom behind the creation of mankind, please see the answer to question no. 45529.

Allaah does not admit people to Paradise or Hell simply because He knows that they deserve that, rather He will admit them to Paradise or Hell on the basis of the deeds that they actually did in this world. If Allaah created mankind and put them in His Hell, they would soon argue that He did not test them or give them the chance to strive. Allaah wanted to refute this argument, so He created them in this world and gave them reason, and revealed His Books, and sent His Messengers; all of that is so that they will have no argument against Allaah on the Day of Resurrection.

“Messengers as bearers of good news as well as of warning in order that mankind should have no plea against Allaah after the (coming of) Messengers. And Allaah is Ever All‑Powerful, All‑Wise”

Shaykh Muhammad al-Ameen al-Shanqeeti (may Allaah have mercy on him) said:

In this aayah it clearly states that it is essential to leave no excuse for anyone, by sending the Messengers who give glad tidings of Paradise to those who obey them and give warning of Hell to those who disobey them.

This excuse is completely ruled out here by the sending of the Messengers with glad tidings and warnings, as is stated at the end of Soorah Ta-Ha where Allaah says (interpretation of the meaning): “And if We had destroyed them with a torment before this (i.e. Messenger Muhammad صلى الله عليه وسلم and the Qur’aan), they would surely, have said: ‘Our Lord! If only You had sent us a Messenger, we should certainly have followed Your Ayaat (proofs, evidences, verses, lessons, signs, revelations, etc.), before we were humiliated and disgraced’” [Ta-Ha 20:134].

It is also referred to in Soorah al-Qasas where Allaah says (interpretation of the meaning):

“And if (We had) not (sent you to the people of Makkah) __ in case a calamity should seize them for (the deeds) that their hands have sent forth, they would have said: ‘Our Lord! Why did You not send us a Messenger? We would then have followed Your Ayaat (Verses of the Qur’aan) and would have been among the believers’”  [al-Qasas 28:47].

And Allaah says (interpretation of the meaning):

“This is because your Lord would not destroy the (populations of) towns for their wrongdoing (i.e. associating others in worship along with Allaah) while their people were unaware (so the Messengers were sent)”

“And this is a blessed Book (the Qur’aan) which We have sent down, so follow it and fear Allaah (i.e. do not disobey His Orders), that you may receive mercy (i.e. saved from the torment of Hell).

156. Lest you (pagan Arabs) should say: “The Book was sent down only to two sects before us (the Jews and the Christians), and for our part, we were in fact unaware of what they studied.”

157. Or lest you (pagan Arabs) should say: “If only the Book had been sent down to us, we would surely, have been better guided than they (Jews and Christians).” So now has come unto you a clear proof (the Qur’aan) from your Lord, and a guidance and a mercy”

And there are other similar verses.

It is clear from these and other ayahs of the Qur’aan that Allaah does not punish anyone except after warning and leaving no excuse on the lips of the Messengers (peace and blessings of Allaah be upon them). Allaah clearly states in many aayahs that he does not admit anyone to Hell except after leaving no excuse and warning on the lips of the Messengers, for example, He says (interpretation of the meaning):

“Every time a group is cast therein, its keeper will ask: ‘Did no warner come to you?’

They will say: ‘Yes, indeed a warner did come to us, but we belied him and said:

“‘Allaah never sent down anything (of Revelation)”’”

It is well known that the words of Allaah “Every time a group is cast therein” includes all the groups who will be thrown into it.

Abu Hayyaan said in al-Bahr al-Muheet, commenting on the ayah under discussion: [The word] kullama (“every time”) indicates a general meaning encompassing every time throwing is done, so it includes all those who are thrown in.

Another example is the aayah in which Allaah says (interpretation of the meaning):

“And those who disbelieved will be driven to Hell in groups till when they reach it, the gates thereof will be opened (suddenly like a prison at the arrival of the prisoners). And its keepers will say: ‘Did not the Messengers come to you from yourselves, reciting to you the Verses of your Lord, and warning you of the Meeting of this Day of yours?’ They will say: ‘Yes,’ but the Word of torment has been justified against the disbelievers!”

The words “And those who disbelieved will be driven” are general in meaning and include all the kuffaar.

The words “And those who disbelieved will be driven… They will say: ‘Yes…’ ” are general in meaning and include all the kuffaar. This clearly shows that the all the people of Hell will have been warned by their Messengers in this world, but they disobeyed the command of their Lord, as is clear.

We believe that knowing the purpose for which Allaah created mankind, and knowing that Allaah will not punish anyone according to what He knows about them, rather it will be recompensed for his deeds in this world, and therefore he will not have any excuse before Allaah – this is the answer to the confusion mentioned in the question.

With regard to the question of why Iblees was sent down to earth with Adam and his progeny, the difference between Adam’s coming down and that of Iblees is that when Adam (peace be upon him) was sent down to earth he had repented to Allaah, so Allaah accepted his repentance and guided him, and sent him down to this earth as an honoured Prophet who had been forgiven, and he was to remain in this world until the appointed time that Allaah has decreed for him.

As for the enemy of Allaah Iblees, he did not repent at all or regret his sin, or turn back; he has no hope of repentance and never tried to repent. Rather he was stubborn and arrogant, and he overstepped the mark and disbelieved. But he asked Allaah not to hasten his doom and punishment, but rather to delay that until the Day of the appointed time. He did not ask for that so that he would have the opportunity to repent, rather it was so that he could persist in following the path of doom, and take the misguided people to Hell with him. He came down as a leader of his party, the losing party of the

He did not ask for that so that he would have the opportunity to repent, rather it was so that he could persist in following the path of doom, and take the misguided people to Hell with him. He came down as a leader of his party, the losing party of the

He came down as a leader of his party, the losing party of the shaytaan, so that Allaah’s wisdom concerning His creation might be fulfilled, and so that He might test them: will they obey Him or will they obey His enemy?, and so that the ultimate doom will be the share of this accursed enemy, because of his stubbornness and evil-doing, and he deserves to be a loser.