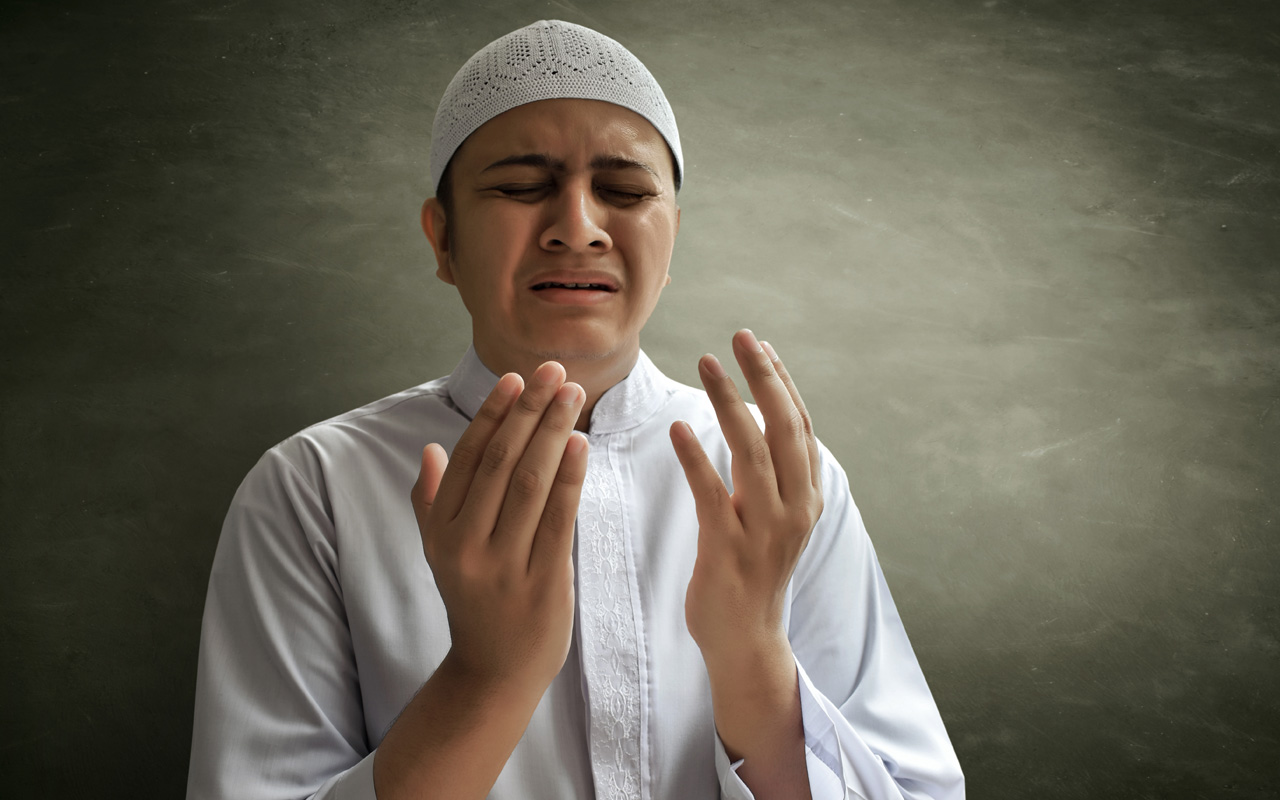 Seeking forgiveness and the breadth of Allah’s mercy

Anas bin Malik narrated that the Prophet Muhammad (pbuh) said “every man is a sinful and the best of those sinful who is repenting to Allah”. Oh servants of Allah! Nobody can completely avoid committing mistakes and sins because man was created with weakness and is riddled by an enemy (Satan) who never feels tired or bored of urging him to commit sins. So, Allah orders us to seek his forgiveness and repentance by saying “And you that ask forgiveness of Your Lord, then turn repent to Him”. Allah is the All- Forgiving and the Forgiver, The Forgiver of the faults and the Acceptor of repentance; He forgives every single sin of His servants if they ask.

The Prophet said in Sahih Al-Jami’“If the servants do not make sins, Allah would create other servants who commit sins then seek forgiveness, then He forgives them since He’s the All-Forgiver and the Most-Merciful.” These words don’t mean that Allah likes people to make mistakes and disobey Him, far it be from Allah, because He says “And He made hateful to you unbelief and transgression and disobedience”. However, it means that Allah likes people to repent if they were tempted into disobedience or sins. Therefore, Allah is pleased with the repentance of His servants as the Prophet said “Verily, Allah is more pleased with the repentance of His slave than a person who has his camel in a waterless desert carrying his provision of food and drink and it is lost. He, having lost all hopes (to get that back), lies down in shade and is disappointed about his camel; when all of a sudden he finds that camel standing before him. He takes hold of its reins and then out of boundless joy blurts out: ‘O Allah, You are my slave and I am Your Rubb’. He commits this mistake out of extreme joy”.

Even though Allah is in no need of His servants’ obedience or repentance, He likes to show them He accepts their repentance and forgives their misdeeds because He is the Most- Merciful. Ibn Abbas narrated in Almustadrak that the Prophet said that Allah says “Whoever knows I have the ability to forgive sins, I forgive him and I do not care unless he makes Shirk (polytheism).”

Allah’s mercy is manifest in His generous offer that He grants to the well- doer which equals10 times of the reward up to 700 times. On the contrary, the bad deed is recorded as a single sin, and if one intends to commit a sin but did not do it, it will be written as a good deed. May Allah enable us to make good deeds and avoid the bad ones. Our Prophet said “ Allah created mercy when He created it divided into one hundred parts; He retained with Him ninety-nine parts, and sent down to His creation one part, so if a disbeliever was aware how Allah is the Most-Merciful, he would not be desperate of entering Paradise. And if a believer was aware of Allah’s torture, he should be afraid of Hellfire.”

Hence, a true believer is the one who wishes Allah’s mercy, but should not, at the same time, feel secured of Allah’s torture. So he should keep seeking Allah’s forgiveness and repentance till his death. Although Allah is the Most Glorious, Able and Irresistible over His servants, He shows His mercy towards them as mentioned in the Sacred Hadith saying “O MY servants, you commit sins day and night, and I forgive all sins, so seek forgiveness of Me and I shall forgive you”. In addition, Allah always forgives sins and mistakes of His servants no matter how grave these sins may be. When somebody makes Shirk, which is the gravest of all sins, and then repents, Allah will forgive him. He did accept repentance of that man who had killed 100 persons, and then he felt remorse and abandoned his corrupt village to the good company of righteous people. Even If a guilty person feels regret, Allah will forgive him as our prophet said: “Remorse is repentance”.

No doubt that Allah is the Most-Merciful; He gives us many chances to repent to Him and leaves the door of repentance always open until one is dying or when the sun rises from the West. Allah’s mercy also manifests itself in the fact that He created eight doors to Paradise; one for prayer, another for Zakat, third for fasting etc. This means that approaches and good deeds are not limited to one kind; a rich man, who might not able to offer night prayers or additional fasting (nawafil), he can give charity to the poor or help those suffering injustices. Likewise, one who has not much money can offer additional prayers, fasting or benefit Muslims. Praise be to Allah the Most-Merciful. I say these words and seek forgiveness of Allah for myself and you.

Praise be to Allah and peace be upon the Prophet then,Allah, being merciful towards His servants, He defers them in this life so that they can repent and seek forgiveness, as Allah says: “And if Allah were to impose blame on the people for their wrongdoing, He would not have left upon the earth any creature, but He defers them for a specified term. And when their term has come, they will not remain behind an hour, nor will they precede [it].” So if you felt weak one time and commit a sin, hasten to repentance. It was mentioned in Al-Jami’ Al-Sahih that the Prophet said: “the writer of bad deeds lifts the pen for six hours about the sinful servant (grants him a delay). If he felt regret and sought forgiveness, he would not write it as a sin. And if he didn’t, it’ll be written as a single sin.”

Moreover, Allah forgives every sin that one commits in secret and never tells others of it or urge them to do the same, as the Prophet said: “Everyone of my followers will be forgiven except those who expose their wrongdoings”. Those people who never feel shy and commit sins day and night are indeed callers for aberration on the doors of Hellfire and will bear the burdens of everyone that follows them. The Prophet describes a scene of the Day of Resurrection saying: “Abeliever will be brought close to his Rubb enveloping him in His Mercy saying: `Do you remember (doing) this sin and this sin?’ He will reply: `My Rubb, I remember. , and when He (SWT) will make him confess his sins thinking that he’ll be doomed, then He (SWT) will say: `I covered it up for you in the life of world, and I forgive it for you today.’ Then the record of his good deeds will be handed to him”.

Oh servants of Allah! The most important thing is to know Allah Whom we worship, and to Whom we pray and fast, to expose ourselves to His mercy and forgiveness.

Oddly enough, we have heard of some people who quit prayers and seeking forgiveness because they feel ashamed of their sins and disobedience to Allah, and that is totally wrong and indicates ignorance. A servant is requested to do two things: to abandon sins and to offer good deeds like seeking forgiveness (Istighfar)or prayer etc. So if he offers good deeds and commits sins as well, he will stand before Allah with both sins and good deeds; and we hope that with Allah’s mercy good deeds overweigh sins and eradicate them. But whoever abandons obedience and commits only sins, he fails twice and earns punishment. Therefore, whenever you are tempted into wrongdoing or disobedience, hasten to repentance andIstighfar and do not expose your sins in order not to be cursed in life and be susceptible to Allah’s anger in the Day of Resurrection.

Follow your bad deed with a good one; give charity; be kind with your kinship and forbid the evil. Allah stretches His Hand during the night so that those who commit sins by day may repent, and He stretches His Hand in the day so that those who commit sins by night may repent. And He said: “Say, “O MY servants who have transgressed against themselves [by sinning], do not despair of the mercy of Allah. Indeed, Allah forgives all sins. Indeed, it is He who is the Forgiving, the Merciful.” Oh Allah! You took it on Yourself that Your mercy precedes Your anger, have mercy upon us, You are the Most Merciful, forgive our sins, cover up our flaws so that people might not see them, and do not disgrace us before You.