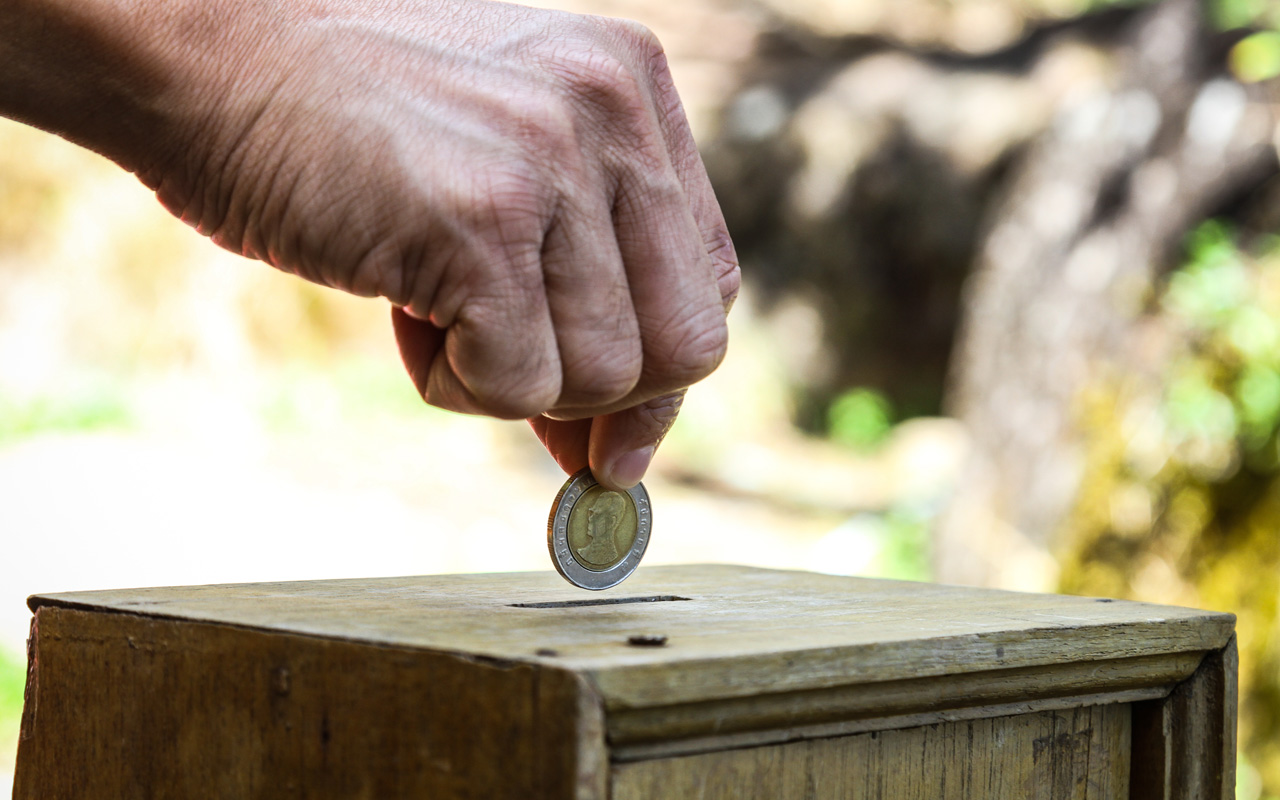 As humans, we have an innate sense of morality.  No matter what religion, race or colour we are, certain qualities serve as the moral standard.  We admire justice, bravery, honesty and compassion.  We abhor those who demonstrate treachery, cruelty or corruption.  Moral standards are universal, and one of the most important aspects of Islam is adherence to high moral standards and good manners.

Prophet Muhammad. May the mercy and blessings of God be upon him, taught Muslims to have the best manners and personal characteristics.  The Prophet’s own high standard of morals and manners made him the best example for Muslims to follow.  God said in the Quran:

“And verily you, O Muhammad, are on an exalted standard of character.” (Quran 68:4)

Generosity was among the countless good qualities of the Prophet Muhammad.  He was the most generous of people and he used to be most generous in Ramadan.[1]

One day the Prophet Muhammad offered the prayer in the mosque and then hurriedly went to his house and returned immediately.  A companion asked  why he left and he replied,

“I left a piece of gold at home which was given for charity and I disliked letting it remain a night in my house, so I bought it to the mosque to distribute.” (Saheeh Al-Bukhari)

Our worldly possessions are bounties from God, who is Al Kareem, the Most Generous.  Muslims believe that everything originates from God and everything will return to Him, thus, it is logical to behave as if that which we possess is merely a loan, something we are obligated to preserve, protect and ultimately share.

Princeton University wordnet defines generosity as the willingness to give freely.  Islam encourages this concept of generosity so much so that it is embedded in one of the five pillars of Islam, the obligatory charity known as Zakaat.

In Arabic, the term zakaat literally means purification of the heart however; it is also the payment, from surplus money, of an obligatory charity designed by God to provide for all the needy members of the community.  It is a fixed calculable amount.

There is also another form of generosity in Islam called sadaqa.  Linguistically, sadaqa means truthfulness, and some scholars have described it as the heart being truthful to its Creator. Anything given generously – freely to others – with the intention of pleasing God is sadaqa. Sadaqa can be as simple as a smile, helping an elderly person with their groceries or removing objects from the road or path.

Generosity can be viewed as a wise investment in the future. Generosity or sadaqa may pave the way to Paradise because with every generous act comes great reward from God. However, being generous does not only mean giving freely from what you have in abundance.  Generosity does not lie in giving away something that is no longer useful but in giving freely from the things we love or need.

Aisha (the wife of the Prophet) said, “A lady, along with her two daughters came to me asking for some alms, but she found nothing with me except one date which I gave to her and she divided it between her two daughters.” (Saheeh Al-Bukhari)

God tells us in the Quran that whatever we give away generously, with the intention of pleasing Him, He will replace it. God knows what is in the hearts of men.

Say: “Truly, my Lord enlarges the provision for whom He wills of His slaves, and also restricts it) for him, and whatsoever you spend of anything (in God’s Cause), He will replace it.  And He is the Best of providers.” (Quran 34:39)

The Value of Generosity

The companions of Prophet Muhammad understood the value of being generous. Abdullah ibn Omar was seen in the market buying fodder for his camel on credit.  One of the men queried this knowing that Abdullah had received 4000 dirhams and a blanket the previous day.

It was explained that before nightfall Abdullah had distributed the money amongst the needy.  He then took the blanket, threw it over his shoulder and headed home, but by the time he arrived even the blanket was gone, he had given it to a needy person.

After the death of the Prophet, the people faced great hardship due to drought.  They came to Abu Bakr asking him to provide them with enough to sustain them, but he was unable to help, the treasury was empty.  Just at that time, the camel caravan belonging to Uthman arrived from Damascus.  It was filled with foodstuffs and other goods.

The merchants gathered at Uthman’s house offering him large amounts of money for the goods; however, he turned them down saying he was prepared only to give the goods to the One from whom he would receive the greatest reward.  Uthman gave all the goods to the starving people of Madinah and did not charge them.  He knew that God would reward him with something far greater than money.

Even in the direst of circumstances, person who is a true believer in Almighty God is able to be generous.

The people came to the Prophet Muhammad and asked, “If someone has nothing to give, what will he do?”  He said, “He should work with his hands and benefit himself and also give in charity (from what he earns).”  The people further asked, “If he cannot find even that?”  He replied, “He should help the needy who appeal for help.”  Then the people asked, “If he cannot do that?”  He replied, “Then he should perform good deeds and keep away from evil deeds and this will be regarded as charitable deeds.” (Saheeh Al-Bukhari)

And God says in the Quran that He will repay the generosity of a believer.

“And whatever you spend in good, it will be repaid to you in full, and you shall not be wronged.” (Quran 2:272)

God is the One who provides for us and He expects us to share generously.  We are encouraged to be benevolent and unselfish with our possessions, with our time and with our exemplary behaviour towards others.